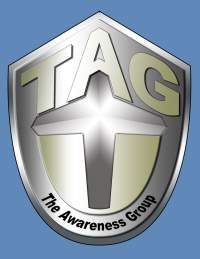 Our last continuing education class for the 2022 year is on Sep 12. The first part of the class covers Drug Identification and the second part covers an Active Shooter. This class is presented by Ken Poteet with The Awareness Group.

This portion of the class is designed to train the attendee in the recognition of drugs commonly manufactured, sold, possessed, and used in violation of federal and state laws. Topics include appearance of drugs and symptoms of abuse of the most commonly abused drugs from the four controlled substance groups of depressants, stimulants, hallucinogens, and narcotics.

Coming in contact with someone who chooses to abuse drugs can be dangerous due to the criminal nature of the activity and to the altered state of influence the user might be under during the time of contact. Being better aware of your surroundings can be very beneficial when you are potentially in a drug user’s residence.

An Active Shooter is defined as an individual actively engaged in killing or attempting to kill people in a confined and populated area. In most cases, active shooters use firearms with no pattern or method to their selection of victims. Most incidents occur at locations in which the killers find little impediment in pressing their attack. Locations are generally described as soft targets, that is, they carry limited security measures to protect members of the public.

active shooter drug identification
This entry was posted on Monday, June 27th, 2022 at 5:06 am and is filed under Blog, education, Front Page, RokSprocket Features, RokSprocket Lists. You can follow any responses to this entry through the RSS 2.0 feed. You can skip to the end and leave a response. Pinging is currently not allowed.